Kitchen United, a pioneer in the emerging ghost kitchen space, announced Wednesday the departure of CEO Jim Collins, who played an instrumental role in developing the company’s string of rent-a-kitchen facilities in major U.S. markets.

He left to focus on personal endeavors, the Pasadena, Calif.-based company said. Michael Montagano, the company’s former chief financial officer and treasurer, has been named CEO. Chief Marketing Officer Joy Lai has taken over the role of chief operating officer.

She and Montagano will work together to shepherd the company through its next round of growth, where demand is at an all-time high for its ghost kitchen facilities. Since the beginning of the year, volume at its centers, on a monthly basis, has increased 400% to 500%, Montagano told Nation’s Restaurant News in a phone interview this morning. 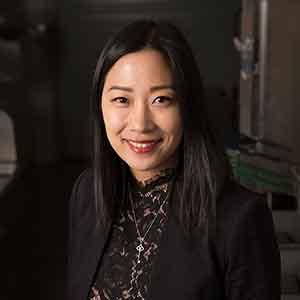 With heightened demand among the industry for ghost kitchen spaces, Kitchen United has a wait list of restaurants looking for space at one of its facillities. The company has been growing at its own pace since the first Kitchen United opened in Pasadena in 2018. The pandemic only escalated demand for its services from both consumers and operators, said Montagano, who has been CEO for two weeks.

“We think there’s a lot of habit forming behavior over the last six months and that will continue in the future,” he said.

Beyond Pasadena, Kitchen United has locations in Chicago, Scottsdale, Ariz., and Austin, Texas.

In 2021, Montagano said the company is looking to enter New York City, expand locations in Texas and Northern California, specifically the Bay Area.

The ghost kitchen space has been growing for a couple of years. But the sector has exploded with new concepts during the pandemic as restaurants turn to ghost, host and dark kitchens to serve delivery customers.

“We think there’s room for a lot of different [models] in the market. But we’re very confident in our business model,” he said.

The company’s 51 kitchens inside four centers host 40 brands ranging from independents to regional and national chains. Chick-fil-A, for example, is set up in Kitchen United’s Chicago facility. The chicken chain uses the facility to support a high volume of orders in the Chicago area. The quick-service c hain is exploring more opportunities with Kitchen United when it expands next year.

Jollibee and Portillo’s also run delivery only operations out of the Chicago facility.

Dog Haus, a regional chain from Southern California, is set up at three Kitchen United centers.

The Kitchen United in Austin, for example, is home to several local retaurants.

By contrast, other ghost kitchen operations popping during the pandemic include chains using their restaurants as dark kitchens to produce a delivery only product.

Brinker International, the parent company of Chili’s and Maggiano’s, rolled out its first virtual brand It’s Just Wings in late June. Ruby Tuesday, which filed for bankruptcy protection on Wednesday, is using some of its restaurants as “host” kitchens to sell Nathan’s Famous products. The 200-unit Nathan’s is partnering with various other models including signing partnerships with Reef Kitchens and Kitopi. The brand expects to grow its reach to at least 500 delivery-only locations. 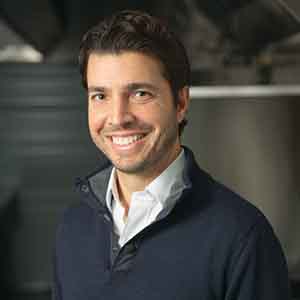 Montagano, left, said these new ghost kitchen models are not forcing the company to change its operation. The company will continue to seek out well-known brands who want to expand their delivery footprint.

There’s no throwing darts at a wall to see what restaurant brand might work in a certain Kitchen United facility.

The company uses proprietary data to pinpoint what concepts work in certain regions. A startup concept won’t likely be in a Kitchen United facility.

“Our focus is on brands that have a following in the trade area,” Montagano said. “We’re bringing in brands that can be successful.”