At the five-day design sprint organized by STRIKEWERX, the innovative hub for the Global Strike Command, McKee worked on developing a rugged weather cover for jack stand slots that secure intercontinental ballistic missile launch structures. The stand slot becomes filled with dirt, gravel and snow that freezes to the consistency of concrete during the winter, and crews spend hours removing the packed debris. The goal of the competition was to develop a simple and durable solution that could resolve the debris problem and be used for all missile wings in the Global Strike Command.

Henry Cardenas, associate professor of mechanical engineering and director of the College of Engineering and Science’s Design Consortium at Louisiana Tech, attended the competition with McKee. In addition to Cardenas and McKee, attendees included students and faculty from Louisiana State University Shreveport, industrial partners, enlisted Air Force personnel and officers that work in the maintenance operations for Peacekeeper and Minuteman missile facilities around the country, especially in more northern latitudes. 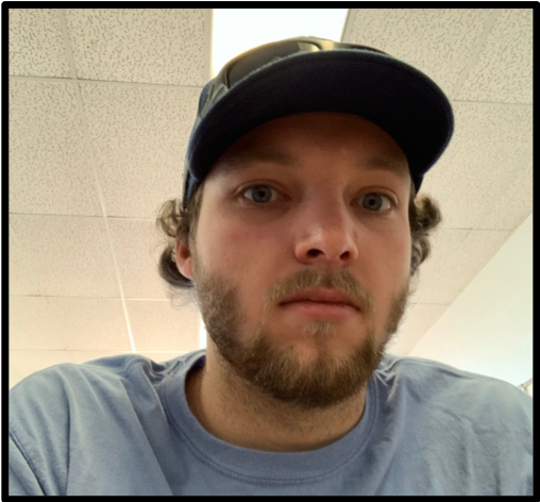 The group spent the first day of the competition defining the problem, key needs and focus areas.  By the second day, they had evaluated 20 sketched ideas for solutions. Of these 20, only two ideas were selected for prototyping, including McKee’s idea for a welded steel slot cover.  The concept was designed for simplicity while depending largely on geometry and simple gross weight to remain stable during use.

For his concept, McKee created a computer-generated solid model using Solidworks software. He then fabricated a full-scale, welded-steel prototype in the machine shop in Bogard Hall on Louisiana Tech’s Ruston campus. His ideas and work were well received by the design sprint participants.

“I got the real-world experience of pitching a product idea,” McKee said. “It is one thing to stand up in front of a room full of your peers to give a presentation; it is another situation entirely to try to pitch your idea to a room full of strangers that you have only recently met.”

“Kevin’s capstone senior design team just completed a critical phase of a hands-on, industry-sponsored, development experience this August,” Cardenas added. “They did a great job of designing, building and demonstrating a portable aircraft lift that addresses the client’s unique needs. That work spotlighted their impressive growth as budding engineers. Kevin brought that positive momentum with him as he turned in yet another outstanding performance during the design sprint.”

STRIKEWERX Director Russ Mathers said that McKee’s presentation was well-delivered and his prototype could save the Air Force hundreds of hours a year.

“Kevin developed a prototype design that was one of the two designs downselected from 20 submissions,” Mathers noted. “Kevin delivered a thorough, well thought ‘Shark Tank’ sell on his design that withstood the scrutiny of 15 industry and government members. Not only did he design it, but he welded up an improved prototype, and that prototype was successfully tested at an Intercontinental Ballistic Missile site this week. His design will be produced in small numbers for further testing this winter in -50F conditions for possible expansion to 450 sites in Wyoming, North Dakota and Montana. It could save up to 400 man hours per year and improve the sustainability of our ICBM.”

How To Construct A Net Website In Ninety Minutes (Or Less!)

16 Rest room Design Ideas That Work For A Busy Family