With its mix of classic Monster Hunter aesthetics combined with the quality-of-life improvements introduced in World and Iceborne, Monster Hunter Rise is shaping up to be quite the unique entry in the long-running series.

While Capcom has teased some of the game’s new features such as the Wirebug and Palamute hunting partners, many aspects of the game remain a mystery.

Will there be a new weapon class? Will armor and weapon designs be based on the older or newer games? What does the return to a portable system mean for multiplayer? Can players experience the campaign together just like in Monster Hunter World and Iceborne?

We posed those questions and more to Producer Ryozo Tsujimoto and Director Yasunori Ichinose, who answered questions from Japan via Zoom. Monster Hunter Rise will be released on the Nintendo Switch on March 26, 2021.

How did you come up with the idea for the Wirebug?

Ichinose: The last game I worked on was Monster Hunter Generations and after that, I felt like I’ve pretty much done what I could with the action as far as the classic series was concerned. So with Monster Hunter Rise, I wanted to add something completely new.

Since the game was going to have seamless maps, I wanted to have something else that was more fun when it came to moving around and that’s where the idea for the Wirebug came about. Monster Hunter World already had a strong exploratory element and I wanted to expand on that further by allowing you to go wherever you want with the Wirebug. You can use it to climb up walls and reach places you normally can’t get to in order to find all sorts of hidden areas.

In addition to using it for movement, I also wanted to integrate it into the moveset for hunters, which allows them to perform new actions.

Speaking of actions, do Wirebug arts work like the old Hunter Arts? Do you have to select them from a list or are all the moves for a specific weapon accessible at any time?

Ichinose: You can use the available Wirebug arts for a weapon anytime.

Can you talk about how the idea behind the Palamute dog partners came about? And are you considering Palamute skin options like Amaterasu from Okami or Wolf Link from Legend of Zelda?

Ichinose: We’ve always received a lot of fan feedback for some kind of dog companion. Since we’ve only had Palicos in the past, a lot of people wanted to be able to go hunt with dogs, which is something they are now able to do with Monster Hunter Rise.

Tsujimoto: As far as skins and crossovers, we have some skins and layered armor for Palamutes but we don’t have any collaborations planned yet for something like Amaterasu or Wolf Link. The development team is still hard at work at finishing the game but that’s something we will be looking into in the future.

Will the weapons and armor designs for existing monsters be based on classic Monster Hunter or World?

And are we getting any other weapons besides the existing 14? Like Prowler cats or a completely new weapon?

Ichinose: Monster Hunter Rise will have the same 14 weapons from past titles. But you’ll be able to use the Wirebug for making new actions so there’s a lot of new cool stuff that you can do. As far hunting as a Palico, there will be no Prowler mode this time. 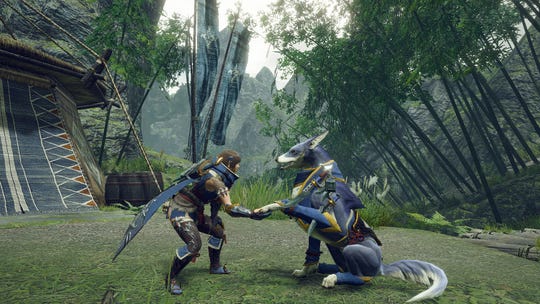 Gimme your paw! The new Palamute from Monster Hunter Rise for the Nintendo Switch. (Photo: Capcom)

Will there be an option for layered weapons and armor?

How does multiplayer work in this game? Will you be able to play both story quests and non-story quests like World?

Ichinose: It will be a bit different from World. Monster Hunter Rise uses a more classic style of gameplay where quests are separated into single-player village quests and multiplayer gathering hub quests. The gathering hub quests will also have cutscenes but you can skip them anytime you want. You also will not be required to reach a certain progression in the story in order to play quests together at the gathering hub.

What is the player scaling like for hunts? Will monster health or HP change depending on the number of players?

Ichinose: Yes, Monster Hunter Rise will have scaling based on the number of players.

How will armor skills and decorations work in this game? Will it be more like World or more like classic Monster Hunter?

Ichinose: That’s something that we still can’t talk about at this time. 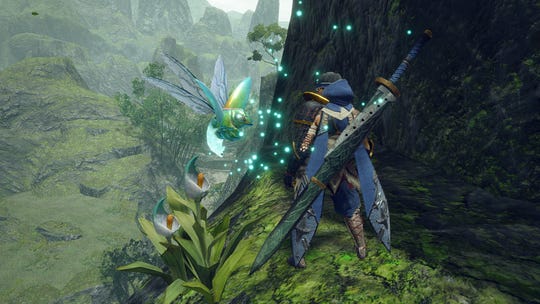 Will the aim mechanic for ranged weapons be like World and will there be support for motion-based aiming like with Zelda on the Switch?

Ichinose: It’s based on the system in World but it’s not 100% the same because we have to adapt it to the Switch platform so it will have some unique elements. And yes, you can use motion controls for aiming as well.

Will there be a rotating event schedule and regular updates just like World? 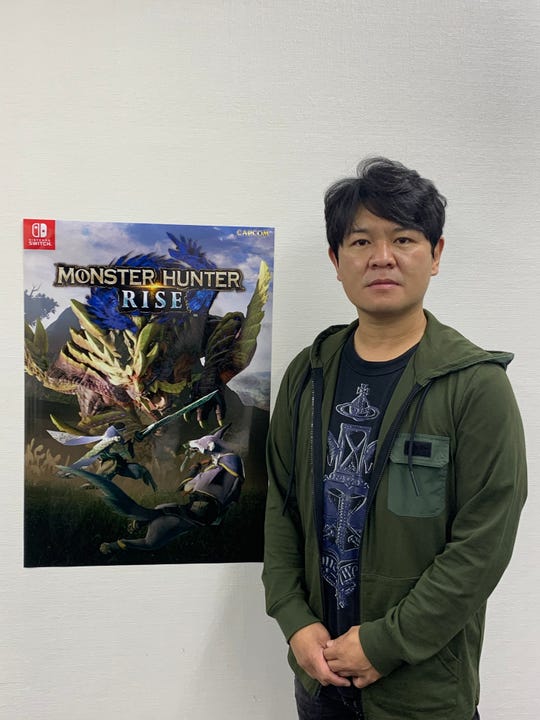 Just like with World, it seems that hunters no longer do the flex motion or guts pose from the classic games when drinking potions.

Ichinose: Yes, there are a lot of quality-of-life improvements from World that we are bringing into Monster Hunter Rise. We’ve heard a lot of fan feedback so we’re bringing in the stuff that people like and moving away from the things that players didn’t like as much.

How will the monster count compare to past titles? Will it be closer to something like Generations Ultimate or World?

Tsujimoto: We get asked this question a lot and we don’t really have an answer to it because we aren’t focused on the number of monsters when we create a game. For every game, we have a new concept or theme that we are working with. Then as we develop the game, we start looking at which monsters fit that theme and new system, and which ones would be most fun to fight and that’s what we base the volume of monsters on. We don’t really look at the actual number of monsters.

Magnamalo is the new flagship monster in Monster Hunter Rise for the Nintendo Switch. (Photo: Capcom)

Can you talk at all about a potential G-Rank or Master Rank option for the game? And will Monster Hunter Rise feature special powered-up versions of monsters, kind of like tempered monsters in World or Deviants in Generations?

It looks like we’re out of time. Thank you for taking the time for doing the Q&A.

Ichinose and Tsujimoto: Thank you very much.

Jason Hidalgo covers business and technology for the Reno Gazette Journal, and also reviews the latest video games. Follow him on Twitter @jasonhidalgo. Like this content? Support local journalism with an RGJ digital subscription.